In order to maintain Democratic Consolidation where we can establish specific rules and prevent democratic breakdown we need balance within a balance of the main participants: leaders, organizations and the public.

The indicators of good behavior for all three groups of participants that we have not seen in Canada for so long we have forgotten what it is supposed to look like is: they are to all believe in the legitimacy of democracy and be active in their respective roles in upholding it.

On the scale of four levels between a Full and Empty Democracy, again it appears Canada has it not at all – it is at a lower level even than one with major problems. And again, one reason for the democratic breakdown we are experiencing can be directly related to lack of public involvement.

Democracy needs a high enough percentage of citizen participation in the form of knowledge, emotions and values – ideally 70%. People need to know their role and the value of their singular voice in their democratic environment, as well as their family and community. The fact is: citizens are supposed to be skeptical and question authority figures, as well as be informed and active with the belief that their participation can indeed make a difference.

It is obvious that for a very long time a higher percentage of this most important citizenry factor has been blind, deaf, and dumb than those who have been responsibly active. For far too long apathy has been the norm among Canadian citizens and corrupted political figures were easily able to infiltrate and suffocate the life out of our democratic system – and then pervert it so that it served their personal agendas. They were able to maintain a facade just enough to fool the public at the same time they were siphoning funds from the treasury at length and leisure to perpetuate their own wealth while they forced cutback after cutback upon the people they were there to serve.

It does not mean that every single Canadian needs to become an activist per se; it simply means that all Canadian citizens should know that the more active and loyal they are in supporting the democratic way, rather than being detached from it, the better and higher quality of life they will enjoy.

Of course there will be conflicting opinions and over-zealous participants in the arena, but that is where the willingness to be open and respectful in debate, mediation and if necessary, compromise comes into play when seeking solutions. And, although democracy may not be the best form of political regime, it is the best we have today when it comes to solving a country’s problems.

One thing to remember here is we are a country with many different cultures and within some of those cultures people have been ingrained to a great degree to follow authoritarian rule. It may be a challenge to bring awareness to that inherent resistance – but, try we must if we are to come together as Canadians and live up to our political potential.

Another major component in creating and sustaining a high-quality democratic system is trust in party leaders – sadly, another virtue Canadians have been denied. This lack of trust is a loud voice in our land and it has created a heavy air of dissent among the masses. This dissension presents itself in the form of anger, frustration and varying degrees of hopelessness when it comes to affecting government decisions – to the point many would rather not talk about it.

It would appear that’s exactly what politicians want: for the citizens to be so fed up that they give up. The good news is the incredible shift we’re seeing these days is more people are tired of being fed up and that is motivating them to speak up instead.

On a global level, it might surprise some to know that according to the Latino/Asian/Afro Barometer surveys: income, education, and religion or lack thereof do not greatly affect either a desire for democracy or the distinction as to whether or not it is working. The reason for this is: even the poor and uneducated understand when their civil liberties are being violated and even the most devout Muslim sees the merits that democracy affords. The question these Arab cultures need to ask themselves is, “How secular should it be?”, simply because the Quran has been ingrained in them as their highest authority.

Religion should never interfere with politics and any politician whose actions are primarily based on their religious beliefs before the Rules of Law in democracy are discriminating in favor of their own ‘kind’ – and that is dangerous ground.

Ideally, the majority of folks in these other world countries also choose the same type of governance that we prefer in the way of: term limits, opposition to violence, government subservience and government accountability.

So, it looks like on a global consciousness level the people are mostly on the same page when it comes to choosing democracy – and that is very encouraging, because more true democracy means more peace. 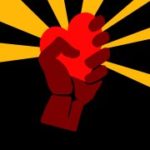 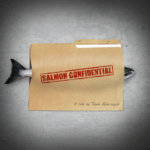 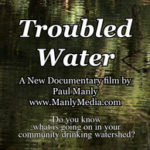